Push your creativity,
not your computer

Analog-modeled
and 3rd party effects
in one library 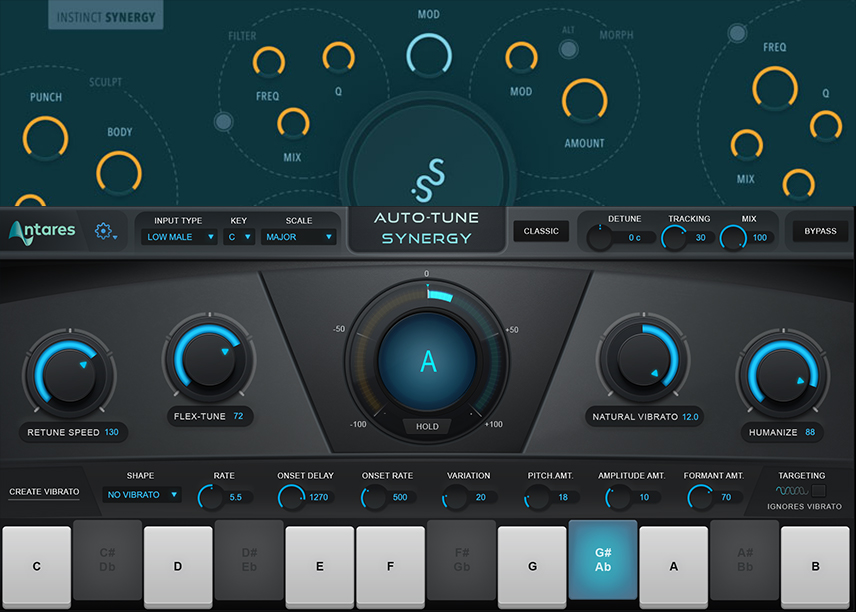 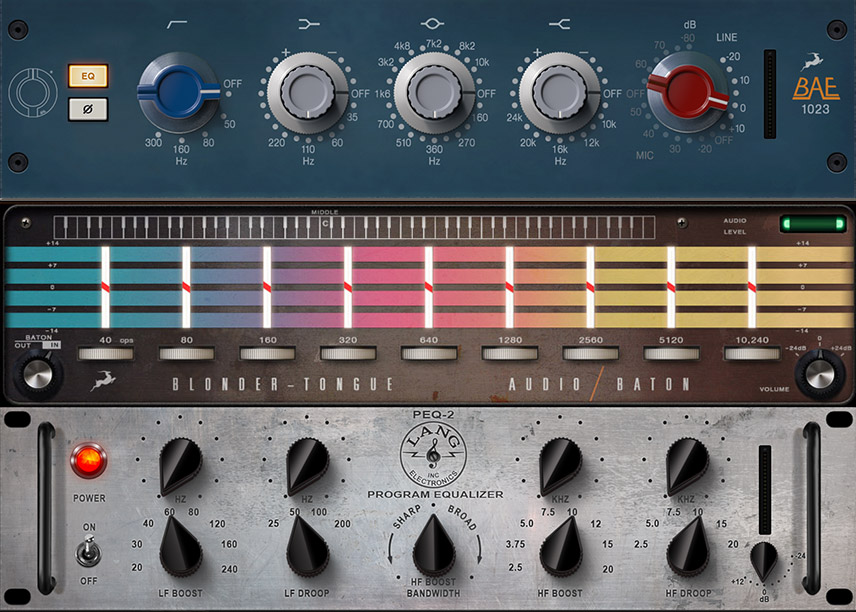 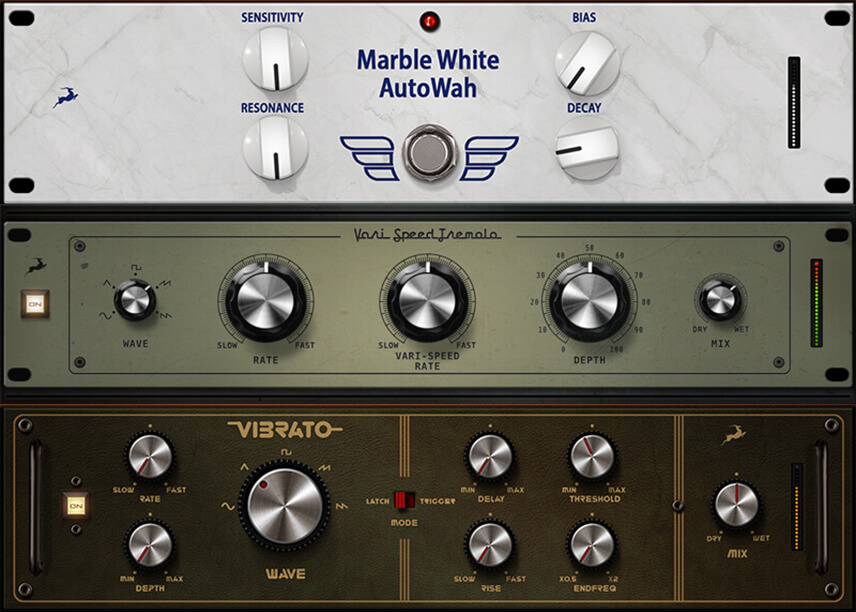 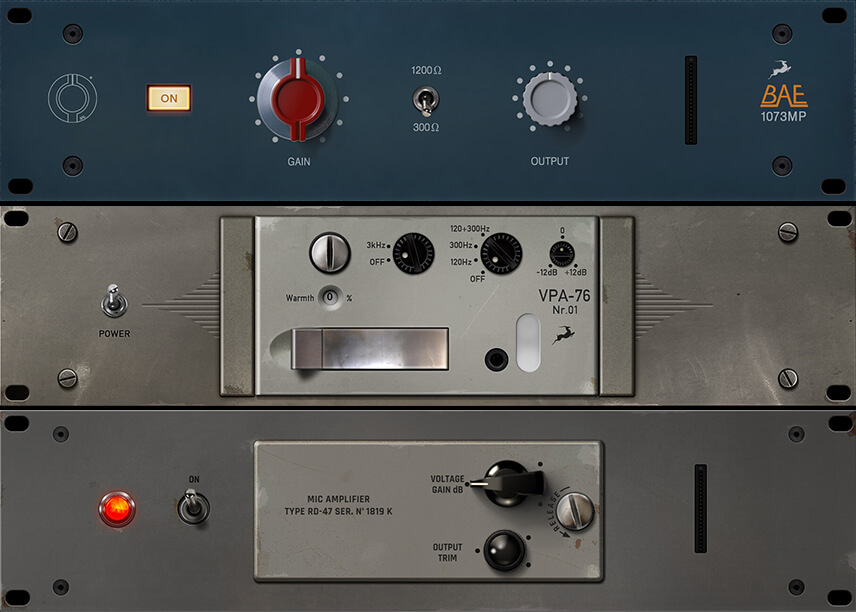 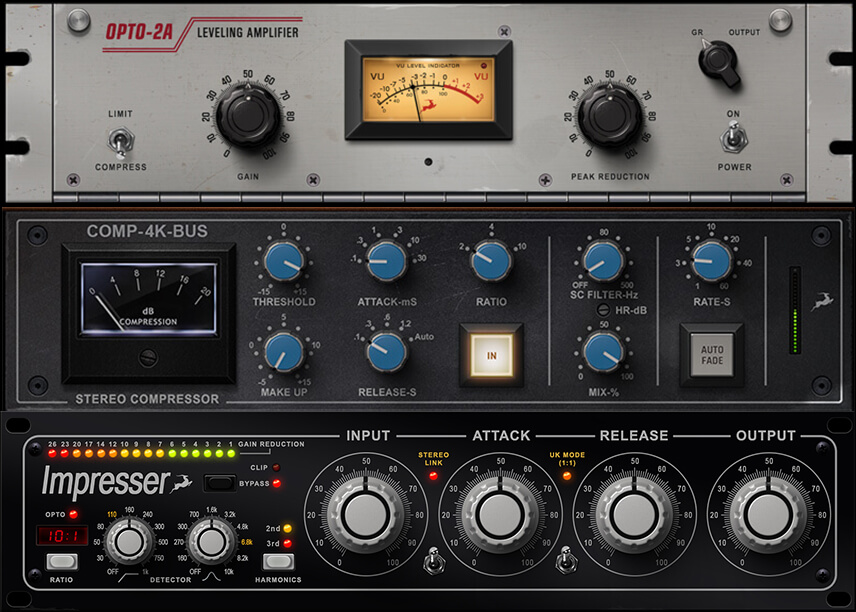 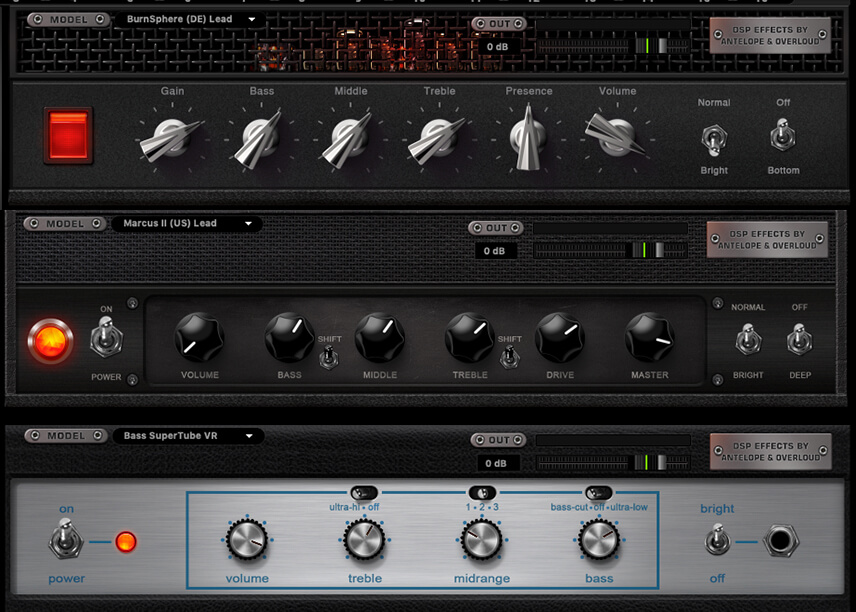 Real-time workflow and
imperceptible latency in every
stage of production 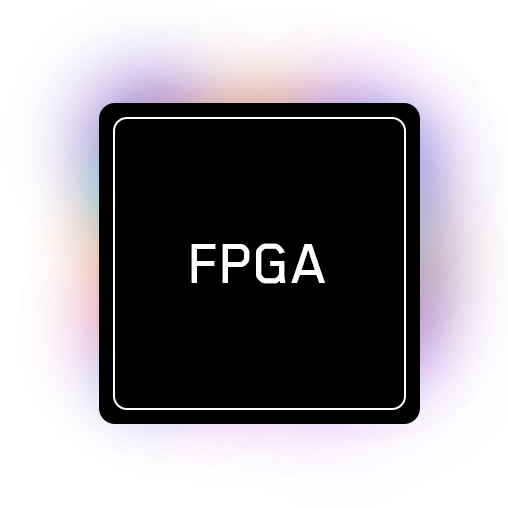 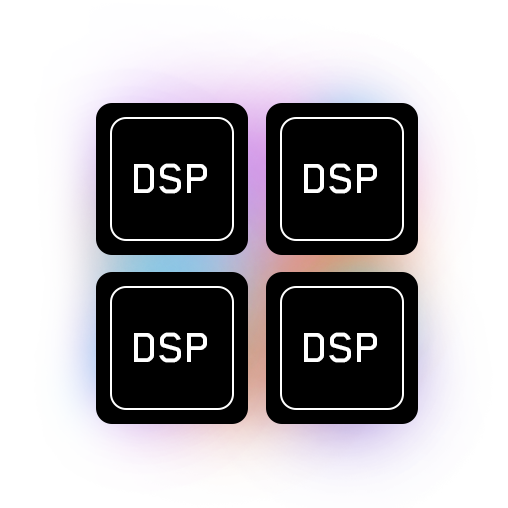 Out-of-the-box thinking for
your in-the-box production 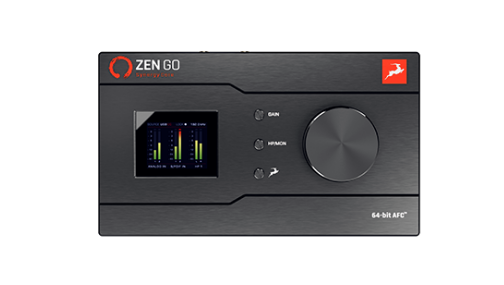 Up to 32 loaded simultaneously* 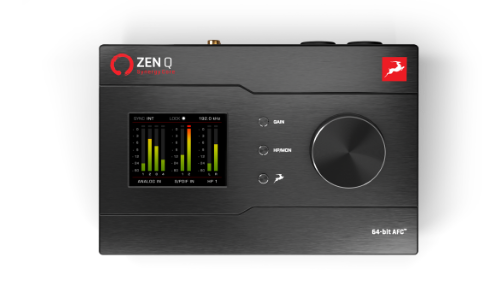 up to 48 loaded simultaneously*

Up to 112 loaded simultaneously* 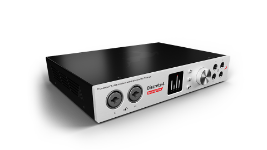 Up to 32 loaded simultaneously*

Up to 64 loaded simultaneously* 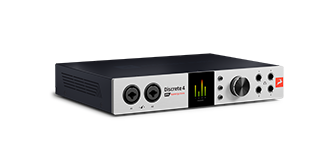 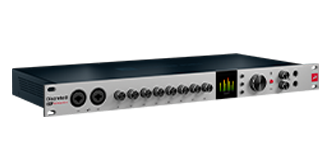 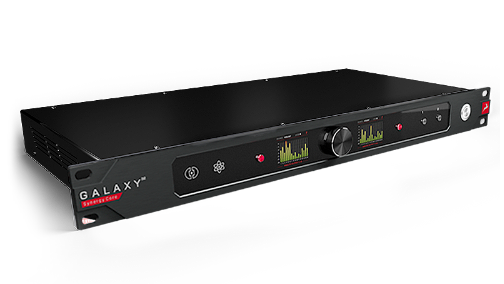 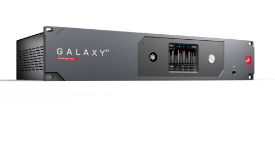 Up to 256 loaded simultaneously* 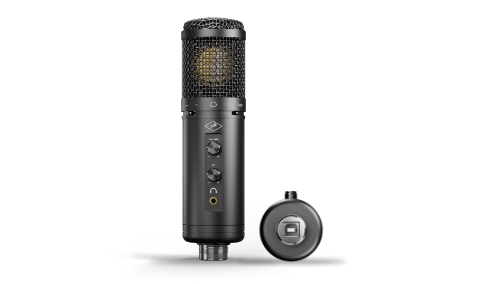 Up to 12 loaded simultaneously* 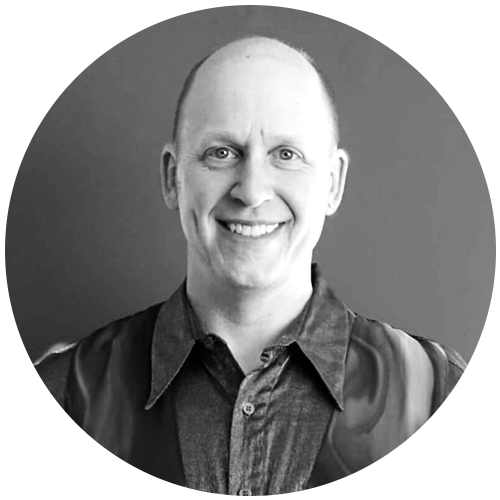 “The Synergy Core allows me to have more processing muscle power when I am mixing large sessions, with many different EQ and compression options.” 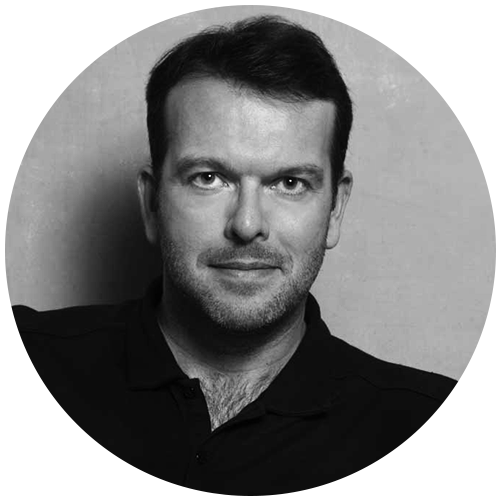 “The Antelope plugins sound warm, big, and analog in the best possible way. The Synergy Core platform is my “in the box outboard gear.” 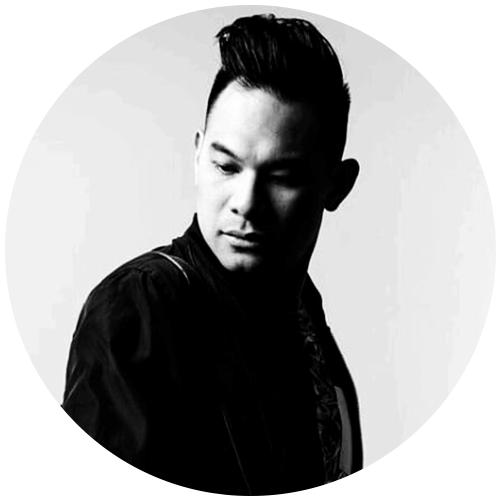 “With Synergy Core’s incredible amount of effects, I can get my whole creative process into full gear, long before I even need to open up my DAW. It’s an entire recording studio.” 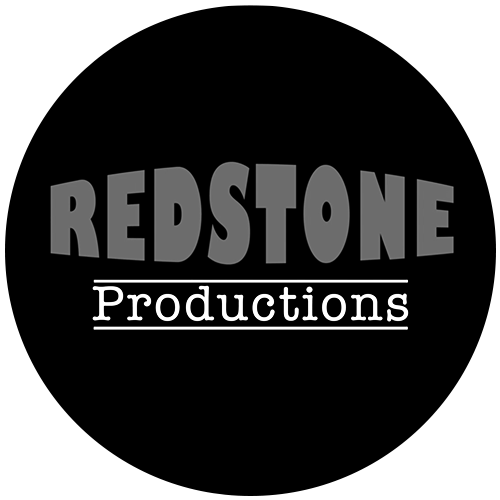 “The Synergy core technology has given me the power and the freedom to achieve classic sounds and colors without patching a single cable. And it’s not taxing your CPU either.”

When a signal passes through an analog piece of equipment it is being affected by every single component inside - from the transformers to the valves, capacitors, resistors and even wires. The magic and character of analog gear hides in its imperfections and in all the non-linearities added by the components. The sound is often altered by unique harmonic distortion, depth and dimension which unfortunately cannot be replicated accurately with traditional emulation techniques used by software developers.

Companies often measure the incoming and outgoing signals from analog gear and try to compensate for the differences with mathematical algorithms. In some cases that may get the effects to respond and sound close to the original hardware, but it's no more than a mere imitation which is unable to capture the subtleties. Those old methods can’t accurately replicate the subtle non-linearities added to the audio by every single component.

We at Antelope Audio believe those methods are outdated, which is why we developed a unique way of doing things. For every effect emulation we have created, our team of engineers stripped down every single component of its analog domain, measured it and recreated its values, behavior and non-linearities in a digital form. Using the original schematics for the hardware we then built a true digital representation of the analog gear. The unique FPGA chips found in our devices allow us to recreate the behavior of every single component in an analog device simultaneously and in real-time. The purity of this emulation method is incomparable to traditional techniques as standalone DSP chips simply don’t have the capacity for the necessary parallel computation.

What does the FPGA take care of?×

At Antelope Audio we develop custom FPGA chips that take care of many tasks. This allows Synergy Core to complete much more complex algorithmic processing and convolution than the one found in standard DSP-only interfaces with built-in chips. Furthermore, FPGA’s programmable circuits allow us to stay flexible with the design - this way, the platform can be constantly upgraded. In Synergy Core the FPGA:

Allows us to create unique audio effects – After emulating the behavior of every single component found in an analog circuit, we can literally recreate that same circuit in a digital form on the programmable chip. This modeling process separates our analog-modeled effects from any other effect on the market.

Eliminates roundtrip latency when tracking with effects - There is no delay added during the process as all effects are calculated in real-time inside the interface just like real hardware. No samples of latency are introduced by each new effect instance, because the process doesn’t go through your computer.

Enables you to use your Synergy Core interface as a standalone - Our interfaces don’t require constant connection to a PC or Mac. Once the audio configuration and routing are set, the FPGA’s internal memory is enough to get you through the recording session.

What does the DSP take care of? ×

Executes tasks set by the FPGA - With Synergy Core you always have the right type of processing available for the task at hand because the ARM DSPs work together with the custom FPGAs. The DSP completes all calculations and operations required for processing each piece of real-time FPGA information consecutively, before the next one arrives.

Allows us to expand the Synergy Core with new effects – When it comes to 3rd party and modulation (delay, echo, flanging) effects, DSPs are the most efficient way to update our platform. Synergy Core’s modular design allows us to configure and scale the platform to make it fully future proof.