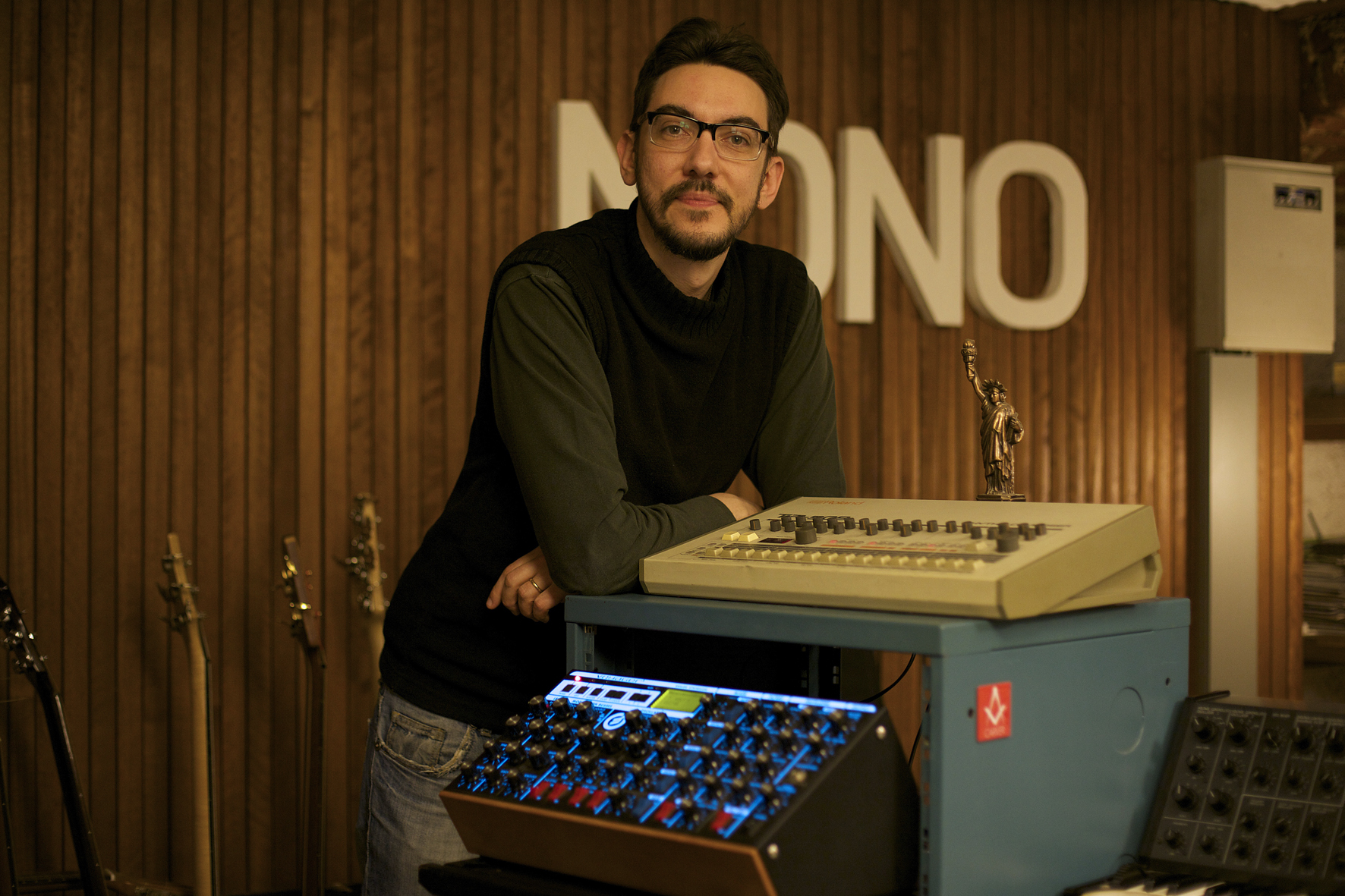 Matteo Cantaluppi is a multi-platinum Italian sound engineer, producer and studio owner. Over the past 15 years, he worked with several major and independent Italian artists such as Alberto Fortis, Francesco Renga, Eugenio Finardi, Thegiornalisti, Ex Otago, Fabri Fibra, Jake La Furia, Nesli, and many more. He produced much music for commercials, such as Nutella, Alfa, Roberto Cavalli, etc…
Mono Studio, his studio facility based in Milano, hosted several Italian and international artists, such as Le Vibrazioni, Howie B, Sananda Maitreya, Adam Green, Anna Oxa, Thegiornalisti, Ex Otago, Fabri Fibra, Jake La Furia, Paola Turci, Malika Ayane, Hamid Drake, Gary Wallis and many more.
He organizes a variety of workshops focussing on analog synthesis and softwares. He is teaching Production Techniques at “Fondazione Scuola Civica” in Milan and he is an Avid Pro Tools Ofﬁcial Trainer.
He currently lives between Milano and Berlin.

I would deﬁnitely say that my workﬂow approach has changed a lot in the past four years. When I decided to move from Milan to Berlin, my intentions were to mainly carry on working with my clients in Italy. After many years of work as a producer and mixing engineer, I began experimenting with different ways to do mixes.

In Berlin I started doing ‘online’ mixing, in the box, with my laptop, Pro Tools 12 and several plug ins. After more than a year, I realized that I wanted to ﬁnalize my mixes in different studios, to add ‘colour’ to tracks. I was missing the feeling of touching knobs and faders, and the mixes sounded too ﬂat for my taste. Anyway, ‘ITB’ working has the big advantage to let you recall mixes instantly, and most of all, you’re no longer forced to complete the job in one day or two. Now that I’ve got more time to work, that possibility is very important for me. After many researches, I was told about a USB audio interface with 32 I/O for a very interesting price and a great sound, and that was what I was looking for: the Orion 32.

My set up now is perfect; I can start mixing in my home studio, creating my sub groups such as drums, percussion, bass, guitars, etc…using lots of plugins and with automation. Then, I can go to a studio with an analogue mixing board, depending on the type of color I want to add (for example an electronic project needs something different than an acoustic one). It can be a modern console, or a vintage one. For me the right environment is very important too (enough light, being in the countryside or in a big city, etc…). I just go to the studio with my laptop and the Orion 32, and I can connect the interface outputs to their system. My subgroups can be further processed by the EQ or the console dynamics, and I can add external processors such as reverbs and delays; no matter if I’m in a 50’s East Berlin building or in the middle of the Tuscany countryside.

All of this may sound simple, but it’s the result of a couple of years of experiments and thoughts. For me, this is a real revolution. The Orion is very stable, the Matrix is easy to use and the price is incredible. It is the only USB interface that works so good having so many inputs and outputs. Also the Madi and Optical connections are incredibly useful if you need to digitally connect the Orion to external converters. Last, but not least: it is light and transportable, that is very important if you travel a lot.

Now I’m back to live in Milan, and in my studio, the “Mono Studio” we have installed the Orion 32 HD as the main audio interface.