In a simple system featuring one audio interface with built-in mic preamps connected to a computer-based DAW, the interface clocks the DAW since the most clock-critical element of the audio chain is the A/D converter, as that’s built in to the interface. If you were to add an external digital device to the equation (reverb, multi-effects processor etc), it should be configured to work as a clock slave to the interface.

Following that logic, even in bigger and more complex studios, it’s generally best to use an A/D as the master clock. If there’s more than one of these you’ll need to decide which one to use as the master, and everything else will have to be slaved to that. It’s quite possible that there will be audible differences between various configurations, because most A/Ds will perform slightly differently when configured as clock master and slave.

Another situation where a dedicated master clock unit is essential, is in systems that have to work with, or alongside, video, such as in music-for-picture and audio-for-video post-production applications. It’s necessary here because there must be a specific integer number of samples in every video picture-frame period, and to achieve that, the audio sample rate has to be synchronized to the picture frame rate.

Using a clock in the studio establishes synchronization of all digital effects processing units, the AD/DA converters and, if applicable, a digital desk. The simplest scenario and setup is: if the built-in clock of the converter is reliable and stable, it should be the master clock and all other devices that are slave devices. Alternatively, a stand-alone external clock, which is proven to be ultra stable, should be the clock master, distributing the clock source to all other digital devices. 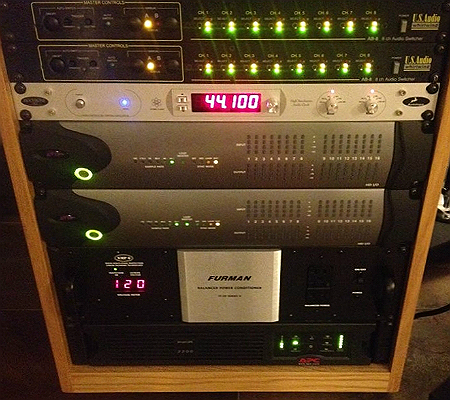 “I’ve used other clocks in the past and it’s good to know that everything is synced, but never noticed any real difference in sound quality. When I was mastering the new Underworld album with Miles at Metropolis he recommended the Antelope clocks as Metropolis recently purchased six Antelope Audio Trinity clocks and the 10M Atomic Clock from Unity Audio, and that I should check them out.”
Simon Gogerly, Grammy Award Winning Producer/Mixer

“Tracking and mixing back with the OCX-V/Atomic Clock combination is like taking earplugs out of your ears and hearing what is really being recorded and mixed for the first time. If there ever was a magic box, here it is.”
Devin Powers, Music Producer/Sound Designer

The use of more advanced external clocks are applied to more complicated setups. A larger studio with three control/live rooms, a mastering suite and a mixing room, can all be clocked with an external clock that is able to distribute different sample rates simultaneously. In this example, the Antelope Audio Isochrone 10M, a 10Mhz reference rubidium atomic clock, is clocking Antelope Audio’s Isochrone Trinity via BNC. The Trinity is then feeding the converters (Orion32) in three different control/live rooms with three independent sample rates. The clock source can be distributed through the Orion to the rest of the rooms digital equipment. The Isochrone 10M, is also distributing a different Orion32 directly, representing our mixing room, and an Eclipse384 which is in our mastering suite. All connections are achieved via BNC cables. 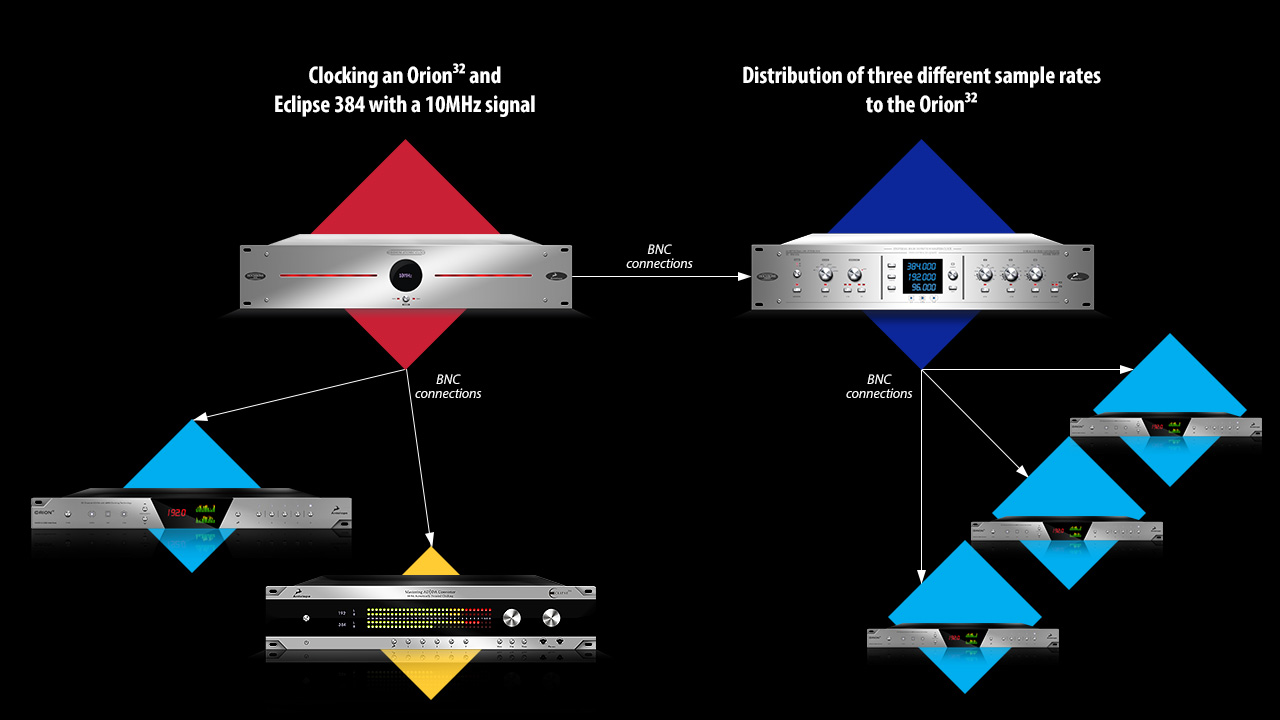 “Truly astounding! In particular, the image is greatly improved. It’s wider and deeper, and the clarity is fantastic. Since they arrived at The Lodge, the Iscochrone 10M Atomic Clock and the OCX-V are probably the hardest working pieces of gear in our studios!”
Emily Lazar, Chief Mastering Engineer at The Lodge Mastering

“Initially, I had considerable confidence in my own studio system, but was taken by surprise the moment I connected the TRINITY. One clock had such a strong capacity to bring a three dimensional space and draw out the delicate subtleties of the audio. Then I wondered just how much better it could get if I connected the 10M to the TRINITY … and I was left with the feeling that I really needed to mix-down all my previous CDs ! This product combination dramatically improves sound reproduction quality in leaps and bounds. Once you hear the TRINITY+10M combo, it’s absolutely impossible to return to your prior set-up”
Hiromi Kubo, Recording Engineer

As previously mentioned clocks are used when dealing with audio-for-video, for sound design and soundtrack composition. This establishes a syncronisation between the video generator and the audio generator, ensuring that both media files are linked and syncronised. The sample rate is dependent on the frame rate and video format. The connectivity that applies in such scenarios, requires an external master clock, which allows sample rate pull up/down and video connectivity. At first the video generator will supply the word clock with a reference signal, and in turn the master clock distributes the clock source to the converters, the DAW and mixer. 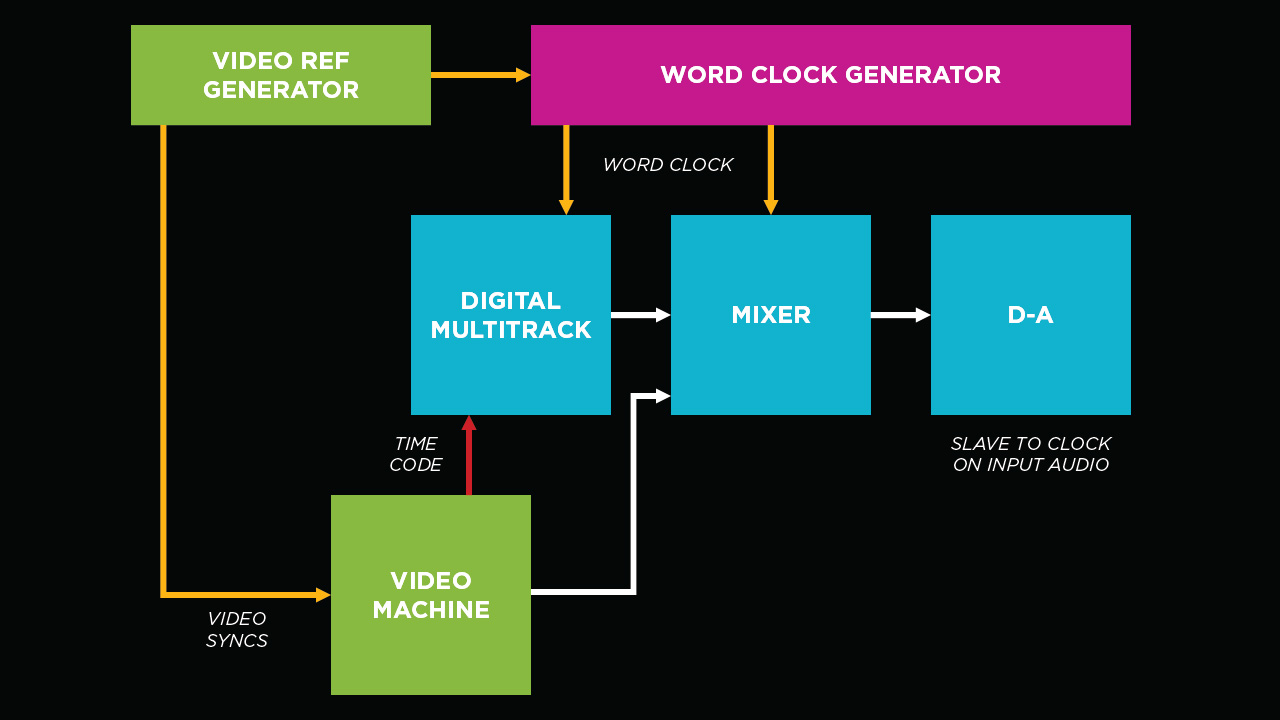 Clocking connectivity when working with audio for video

“I noticed an immediate change in my soundspace the minute I heard the 10M plugged into my OCX-V. The stereo spread out, the edges were more clear, and the center seemed to come forward. I thought I had the best clock there is, and then Antelope took it a step farther into crazy time. I feel the solidity in my mixes, and in my whole system.”
David Kahne, Soundtrack Composer/Producer/Sound Designer 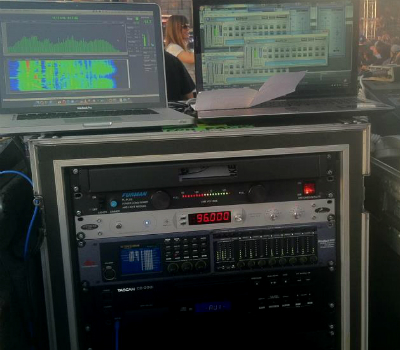 In live sound engineering, the use of a master clock is essential when a digital desk is installed, which is in most cases as engineers like to save their presets when mixing for festivals or a touring band. The clock will ensure synchronization between the desk, the converters and any digital outboard effects units. Connectivity is simple in this case, as the master clock is distributing the source to the slaves (digital desk, converters and outboard units).

“The OCX does a fantastic job of stabilizing a digital mixing console when running high channel counts. Clocking your digital console with an Antelope clock is like turbocharging your desk. The difference between clocked and non-clocked audio is extremely noticeable.”
Patrick Mundy, Live Sound Engineer

“Upon hearing Deftones Digital Bath with the 10M and Trinity, it seemed like the PA had come alive after sleeping for years. The drums were life-like and it sounded like I was listening to the Deftones right in the rehearsal room. Immediately, I thought that the clock couldn’t be doing all of this, so I unplugged the BNC from console to Trinity. The sound seemed to escape and it reminded me of listening to the song through iPod headphones – thin and one road.”
Robert Dugan, Live Sound Engineer 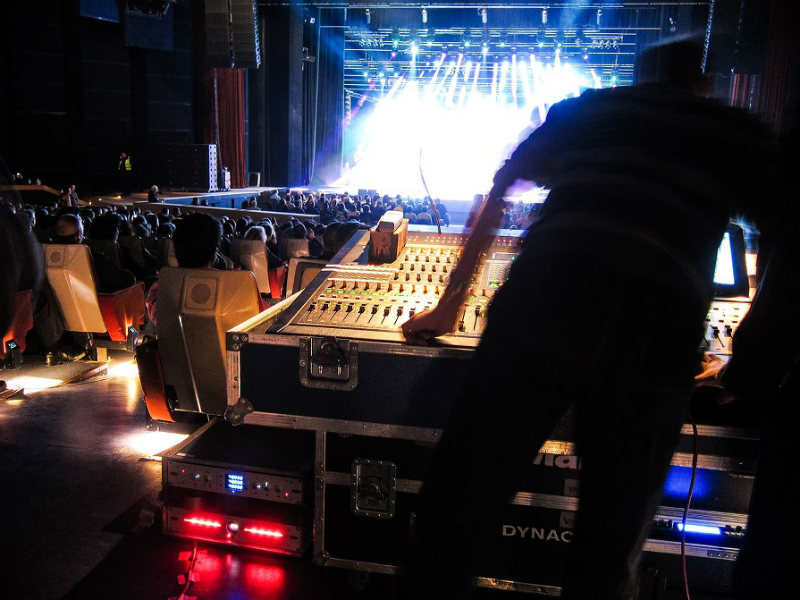 You can read the first part here. 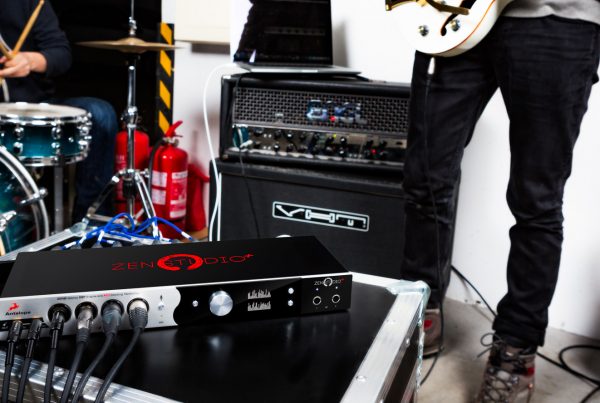